Burn injuries can have a radical impact on someone’s quality of life. A burn injury in the neck, for example, can cause a contraction that makes it impossible for someone to lift his or her head. 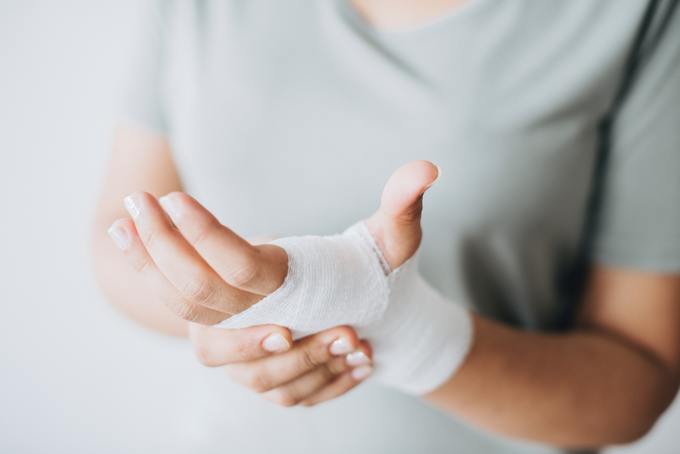 Wound healing is a complex process with many components and it is often difficult to quantitatively investigate this process in clinical situations. Therefore, mathematical modelling is used to unravel the structure of this process. In cooperation with the TU Delft and VORtech, a MSc graduation project was formulated on the topic of mathematical modelling of burn injuries. Applied Mathematics student Eline Kleimann worked on this project during nine months, partly at VORtech and partly at TU Delft together with Fred Vermolen, an expert on mathematical models for wound healing. At VORtech, Eline was supervised by Jok Tang and Eli van Es. The most important focus of the project was the acceleration of the mathematical model by taking advantage of the high parallelism provided by GPUs (Graphics Processing Units).

Initially, a cell migration model was programmed in MATLAB. Here it was observed that the computational work load increased very rapidly for increasing numbers of cells. This is mainly caused by the computation of the strain energy density field, which requires pairwise computations between cells. The strain energy density field is a field of distortions caused by the cells that are present in the domain. After rewriting the model in C++, a speed-up of a factor 70 was achieved. The three largest bottlenecks in the model have been parallelized for GPUs using the CUDA framework. This caused an additional speed-up of a factor 58 on the NVIDIA GTX1080 GPU.

In the end, a C++ library has been developed, containing a cell migration model with two types of cells (fibroblasts and macrophages) and two types of chemicals (Transforming Growth Factor β and Platelet Derived Growth Factor). This library is linked to a Python scripting interface, where different scenarios can be initialized and the results of the simulation can be visualized.  With this model, the migration of cells, cell death and division during the wound healing process can be simulated. Eline: “It has been very interesting to investigate the possibilities of GPU computing. The large speed-ups seem very promising for modelling cell migration in the future.”

Simulated migration of fibroblast cells (blue) and macrophage cells (red) into a rectangular wound area. As can be seen, there is an interaction between the cells, and the wound is gradually healed.

The model has several stochastic components. For example, cell death and division are modelled as stochastic processes. Therefore, the outcomes of the model need to be interpreted statistically. The final goal would be to use the model to test different treatments and to take additional uncertainty from the patient-specific nature of many of the input parameters, into account. With Monte Carlo simulations, we can make a prediction of the outcome and find the treatment with the smallest probability on complications. VORtech and TU Delft will continue the collaboration in this further research.