VORtech and Deltares have organized an OpenDA course at the Delft Software Days 2015. This course differed slightly from the previous one day OpenDA courses, because at the same event, Deltares released its new open source software engine for hydrodynamical simulations, D-Flow-Flexible Mesh (D-Flow-FM).

The course was a success: the students had to work hard but all went home with a lot of knowledge on OpenDA and with working examples. Using OpenDA with their own applications should not cost them more effort than replacing the example D-Flow-Flexible Mesh model with their own model. 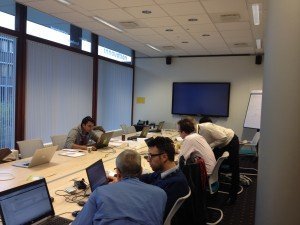