Recoy, a startup in Amsterdam, asked VORtech to develop an application for smart charging. The aim is to charge only when the energy price is low, if that is possible given the expected departure time. A wonderful challenge for VORtech.

Recoy is a young company that helps organisations to make use of energy flexibiltiy. As cofounder Sjoerd Wittkampf explains: “Many companies have unused opportunities to play around with the moment at which they consume energy. That allows them to exploit fluctuations in the energy price. For example, the price is often low when there is much wind or solar power available.” 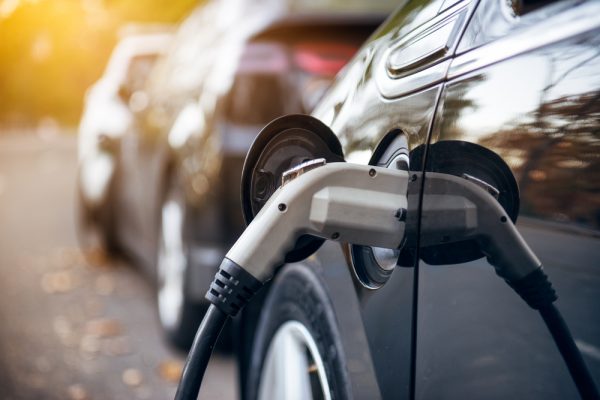 One of the groups that Recoy aims to serve are companies with a large number of electrical vehicles, like some local transport companies. Using a smart charging strategy could save a lot in terms of energy costs. Right now, most fleet owners do not use smart algorithms to exploit fluctuations in the price of electricity. Recoy sees opportunities to charge in a smarter way. That’s why they started the Next Generation Smart Charging project supported by the top sector Energy, de province of Zuid-Holland and Enpuls.

Finding a good charging strategy is not simple. Sjoerd: “The energy price fluctuates strongly over the day. The prediction horizon is short as the price is determined by many aspects. And it is essential that the vehicle is charge in time for the next ride. You cannot wait indefinitely for the price to be low.” In addition, some charging statiosn have solar panels. If the sunshine is sufficient, it is usually beneficial to use this energy directly in stead of feeding it into the network.

This is exactly the kind of complex challenges that gets VORtech going. Matteo Giani was tasked with the development of the central algorithm or the intelligence in the system. It took some effort to find the right approach. Would simple rules suffice or would a classical optimisation be required. Or could we use machine learning? Matteo: “it is essentially an optimisation task, but the problem is that you don’t have all the information over the entire charging period. For the energy price you only have predictions for the next hour or so. The solar energy is more predictable, but also not fully reliable. Recoy developed an algorithm by itself. It was a nice challenge for VORtech to find something better.

But it was not only the smart algorithm. For this applciation, an entire IT-system needed to be developed that collects all the necessary information, determines the charging strategy for all connected vehicles and controls the charging. VORtech was also responsible for this aspect of the implementation.

The actual implementation is outsourced to Turkey. Mark Roest, managing partner at VORtech, explains that this a new experience for the company: “usually we do the programming ourselves as it is closely connected to the algorithmics that is our specialty.

In this case, there are significant parts of the system that do not require all that much mathematical expertise. Developing them abroad is much cheaper. Recoy gave us the chance to give it a try with a Turkish company. That turned out well. It was certainly helpful that the manager of that company has lived in the Netherlands for a while. He knows our language and our customs; that makes the communication so much easier. Even so, the distance makes the collaboration more difficult compared to being at the same desk. But we will certainly use this option in the future for a certain kind of projects.”

The project was done in several one-month sprints, each dedicated to the development of a part of the total system. There was a lot of interaction between all those that were involved: the scientific software engineers at VORtech, the people in Turkey and the experts, consultants, and potential customers of Recoy. This allowed for full use of all the available knowledge.

At this moment, the system is undergoing tests in pilots at two companies that make intense use of electric vehicles: a public transport company and a logistics company.